With the New Year comes new opportunities – and one real estate developer and CEO signaled there’s untapped potential in the sector that could make investors big bucks while solving an affordable housing crisis.

“This sits as a monumental opportunity, I think, for this country to take this stock of older office buildings,” Alexandria Real Estate Equities founder and CEO Joel Marcus said on “Mornings with Maria” Monday. “Almost 996 million square feet by current account, and move that into a stock of housing because it sits there, and it just needs to be redeveloped.”

Marcus, whose brokerage primarily deals with commercial real estate, argued there’s a plethora of vacant office buildings remaining from the pandemic, which will likely never see employees again, but could serve as redeveloped multi-family homes.

“The numbers are staggering of really, older office [space] that is not currently being used,” the CEO said. “And we have a housing shortage in this country, not only because of affordability but also because of just lack of locations and the regulations to get housing done.”

While rates for 30-year mortgages fell a quarter point over New Year’s weekend, U.S. home prices are now about 2.5% below their spring 2022 peak and are expected to continue falling this year, eventually tumbling into negative territory before rebounding to around 2% or 3% in the spring.

While smaller, more suburban cities may not have as many open commercial office buildings, the redevelopment plan could create more affordable housing in major cities like Seattle, Portland, San Francisco, Dallas, New York, Boston, Atlanta and others.

“Obviously, the technical side of converting it isn’t simple, but it’s not also rocket science. So I think it represents a huge opportunity to both meet the need of this excess older office space,” Marcus explained, “and we have this big housing shortage and housing crisis. And the two can come together, I think pretty, pretty well.”

American homeowners’ dollars could stretch farther in 2023 according to another market expert, who also told FOX Business’ Cheryl Casone Monday that the latest housing data indicates “inflation is dead.”

“A couple of economists at the Case-Shiller index, which is widely watched, their most recent data shows that housing is down between 0.6 and 0.8% between November and December. That’s annualized 10%,” ERShares CEO Joel Shulman said. “So if you look at the CPI data, which the Fed uses, it shows housing going up by six or 7% annualized, when in fact the Case-Shiller index shows that inflation and housing is actually dropping about 8 or 9%.”

“This data shows that housing is significantly dropping. And if you incorporate that data rather than what the Fed uses, we actually have negative inflation of 3 to 5% on an annualized basis, but we’re not going to see that Thursday,” Shulman continued. “We’re going to see a stale housing data report, and they may show 6 or 7% annualized. But we got to look at the incremental data, the current data on the ground, which is showing, actually, inflation is dead.”

“There is a glut of older office buildings in the central business district of many big cities. And so we’re really looking at, I think, a historic opportunity,” Marcus had said. “And I think the cities, states and federal government need to do a lot more talking about this to see if we can really bring these two phenomena together.” 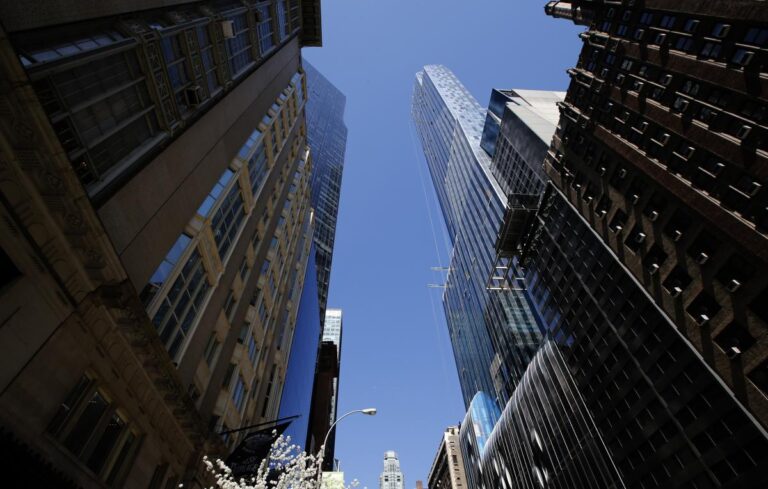 Source: Taylor Marr We expect home sales to sink to their lowest level in more than a decade in 2023…

Source: Swapna Venugopal Ramaswamy, USA TODAY After a sudden slowdown in many housing markets this year, will markets that are "slow and steady"…